The idea of a cocktail flight has always seemed like such an excellent adventure. On Sunday, March 12th, 2017, indoors at the famous Beer Garden at Bohemian Hall in Astoria, Queens, New York’s Premier Spirit & Cocktail Exhibition, the NY Cocktail EXPO will bring that experience to the blossoming cocktail scene in Queens. With the rising popularity of craft spirits, this will be the ultimate cocktail crawl we’ve been thirsting for all under one roof!

Here are some of the best cocktail bars and spirits scheduled to throw down!

“Moroccan Rose” at The Bonnie

Mike Di Tota, Cocktail Program Manager at The Bonnie, is a graduate of the New York Botanical Garden School of Professional Horticulture. He’s always incorporating fresh produce, herbs and dried spices into his cocktails. His newest cocktail for spring, the “Moroccan Rose,” is a light, tangy, refreshing, slightly bitter cocktail inspired by Egyptian spices and flavors, with notes of honey and fresh strawberries.

With a great reputation as the all in one gastropub, Station House seamlessly brings together the world of excellent cocktails, craft beer, addictive food and an unwavering focus on hospitality and quality which creates a vibe you’ll want to revisit over & over again. The “Lupine & Lilacs” cocktail has Queens Courage Old Tom Gin, Combier Creme de Pamplemousse Rose, egg white, lime, orange bitters and hibiscus dust. 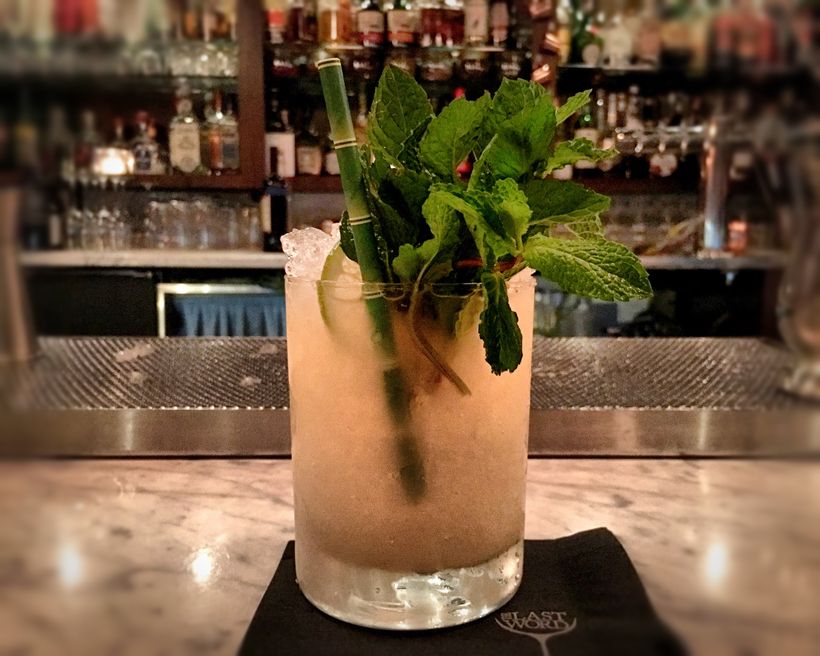 “Mai Tai” at The Last Word

This speakeasy brings craft cocktails to Astoria, Queens. Hidden behind a hardware storefront, seasoned bartenders are making magic, from classics to tiki cocktails and post modern originals behind a standing bar with table service to guests in a lounge setting. Creativity and passion is alive at this special addition to the cocktail haven that Astoria, Queens has become. 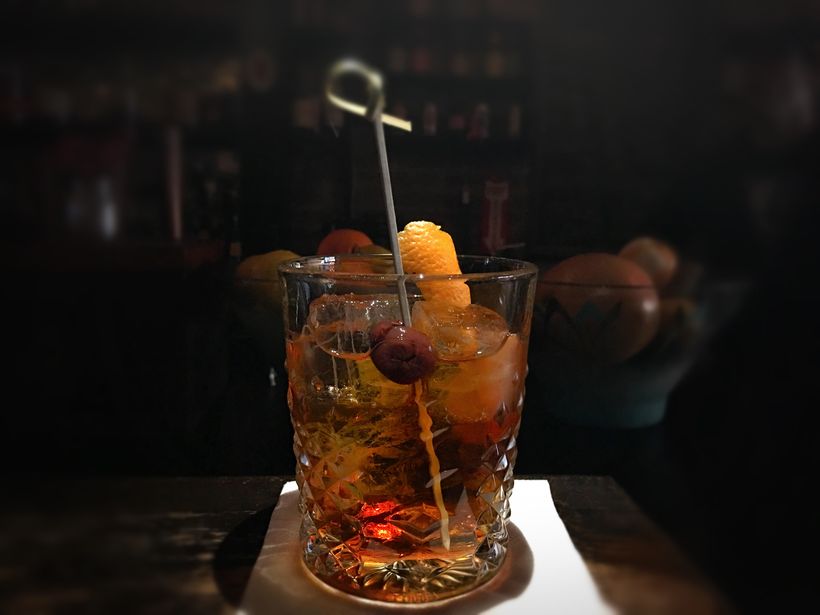 “The Holy Mountain” at Diamond Dogs

A great cocktail at Diamond Dogs is a perk for those who live in Astoria. Their simple bar room decor creates a great vibe and guests can bring in any food from restaurants in the area, while they imbibe their cocktails and craft beer. “The Holy Mountain” cocktail seen above with Virgil Kaine Robber Barron Rye Whiskey, Dolin Rogue Sweet Vermouth, Becherovka and Fee Brother’s Walnut Bitters was fantastic. 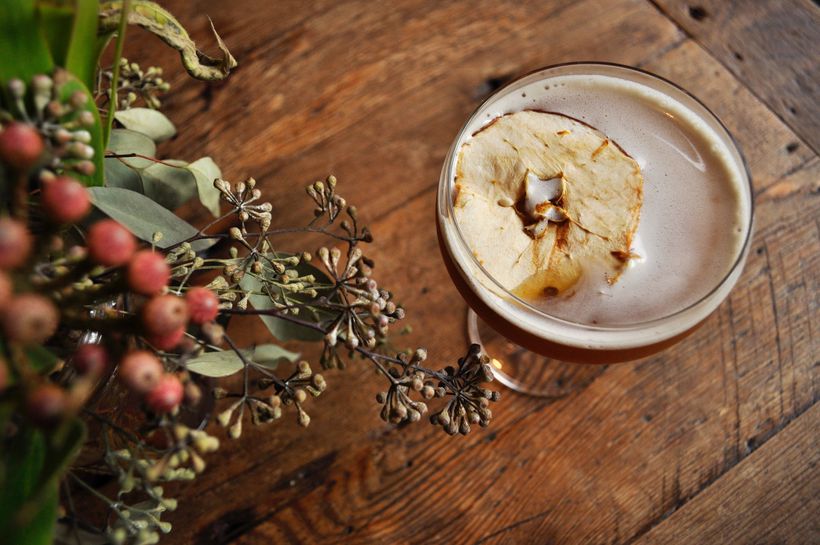 Having opened in March of 2011, The Queens Kickshaw serves coffee, cocktails, beer, cider, and comfort food with a twist. The “Canada Cane” cocktail is intoxicatingly lovely, made with rum, maple syrup, lemon and apple bitters. 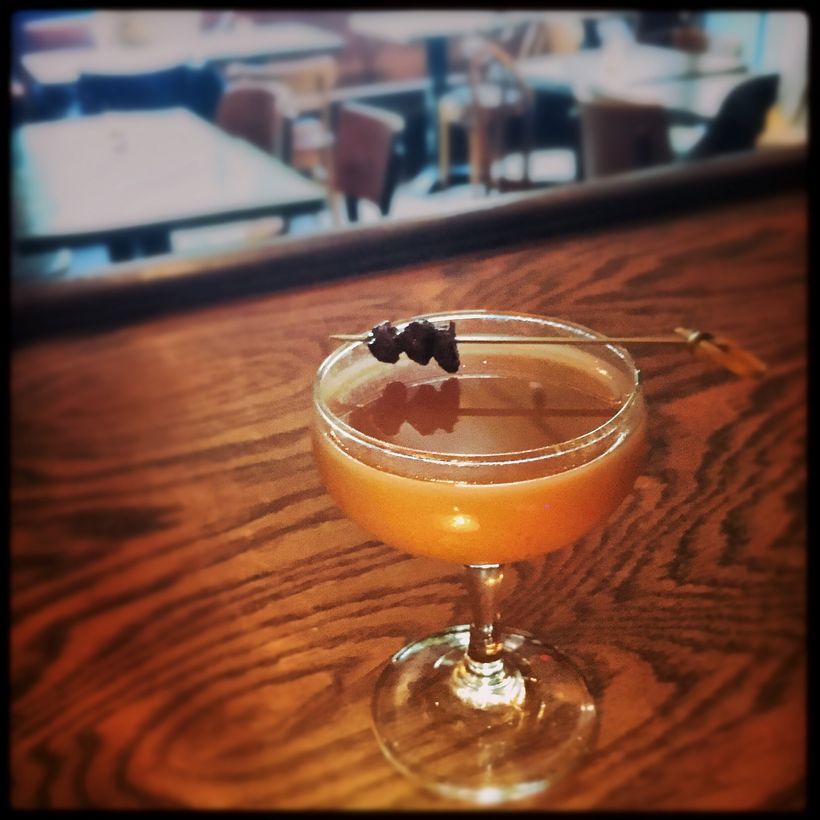 “Down Island” cocktail at Sparrow Tavern 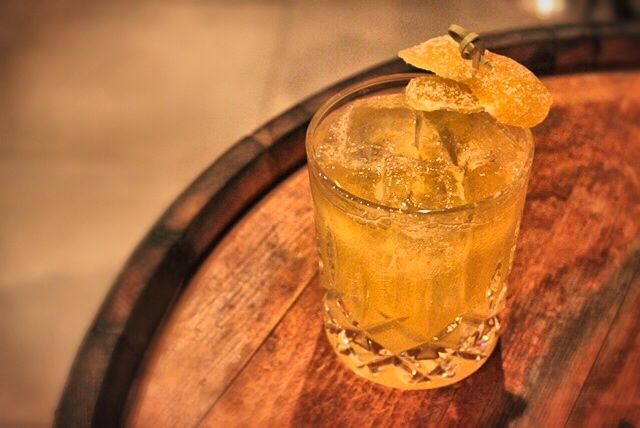 With a great reputation for upscale American, steaks & seafood, Sanford’s Restaurant has entered the world of true classic cocktails. Their whiskey list boasts up to 400 bottles with a lot of rarer finds. They have a large selection of wines with around 250 bottles.

Subscribe to The Morning Email.Wake up to the day's most important news. 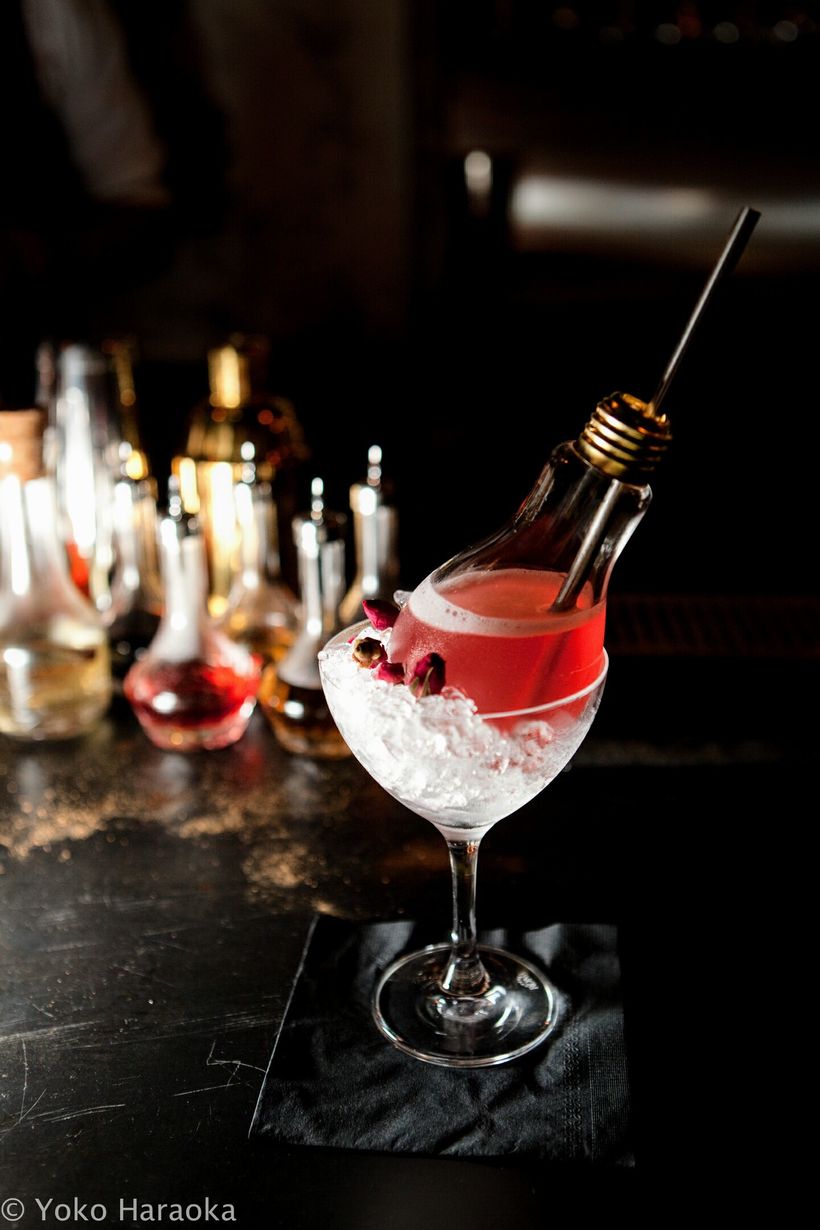 Mixology & Comedy at The Standing Room 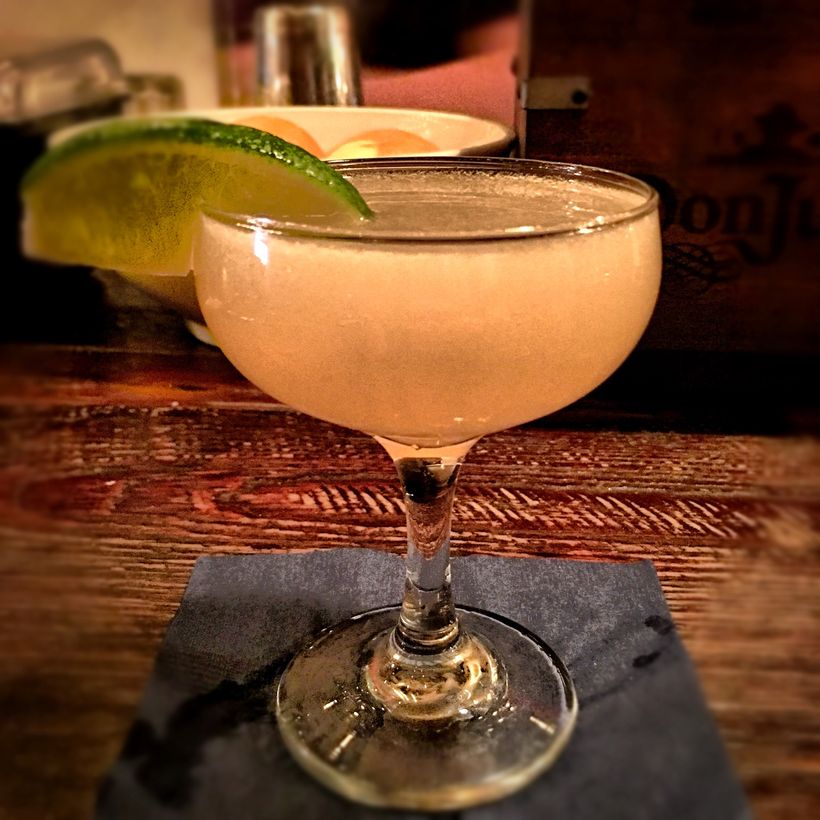 Smokey and sweet Mezcal drinks at The Ditty

Newcomers, The Ditty, are making a name for themselves, with great cocktails and crave worthy food. They have a retro gaming system at the end of the bar rocking out Sonic the Hedgehog, Duck Hunt and other nostalgic gamer classics. Hanging out at the Ditty, you’ll wonder where the time went because you were having so much fun and meeting really good people in the mix. 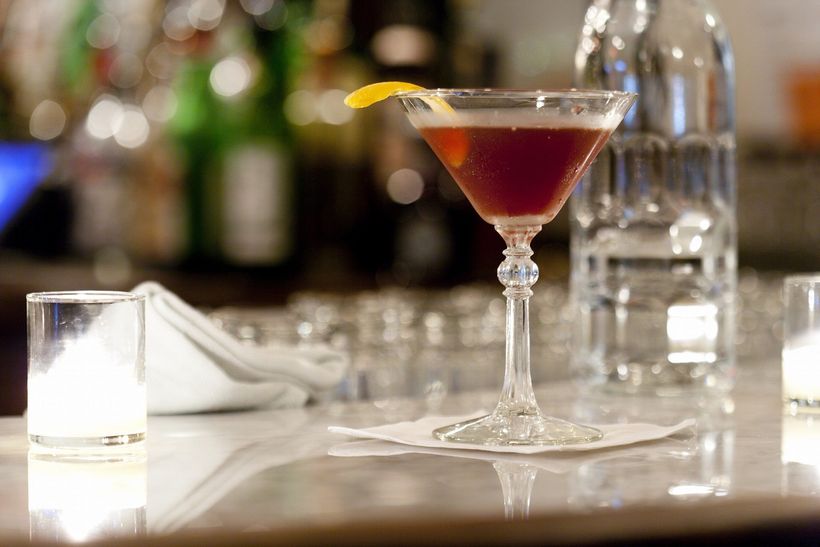 A memorable cocktail experience at Mar’s

Cocktail Program Manager and Bartender Daniel Zakarija has a way of making seamless cocktails that pair so well with their delectable food menu. An oyster bar at heart and favorite in Astoria for brunch and nightlife, life at Mar’s is an experience like no other in the area. You might as well put it on your list of places to go right now. 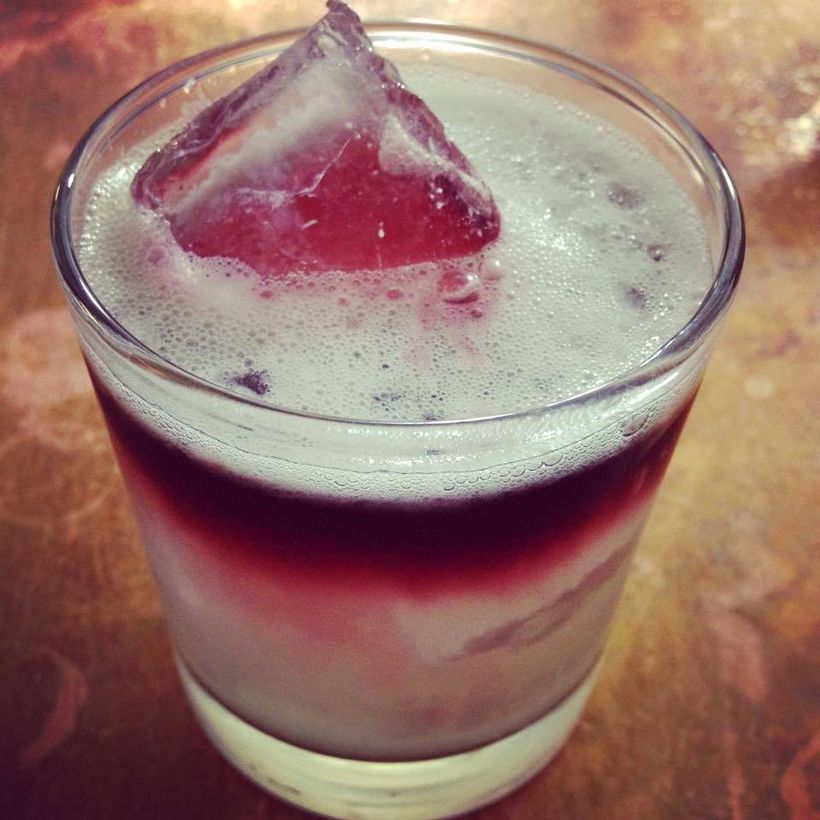 Proof + Gauge is the tasting room and cocktail bar at the Astoria Distilling Company , located in Long Island City’s historic Falchi Building. They offer carefully crafted cocktails featuring their own Queens Courage gin, and have a selection of NY-sourced beer, wine and spirits. The cocktail above was crafted for “Shark Week” with Queens Courage New York Old Tom Gin, fresh lemon juice, simple syrup and a Paumanok Vineyards merlot float. 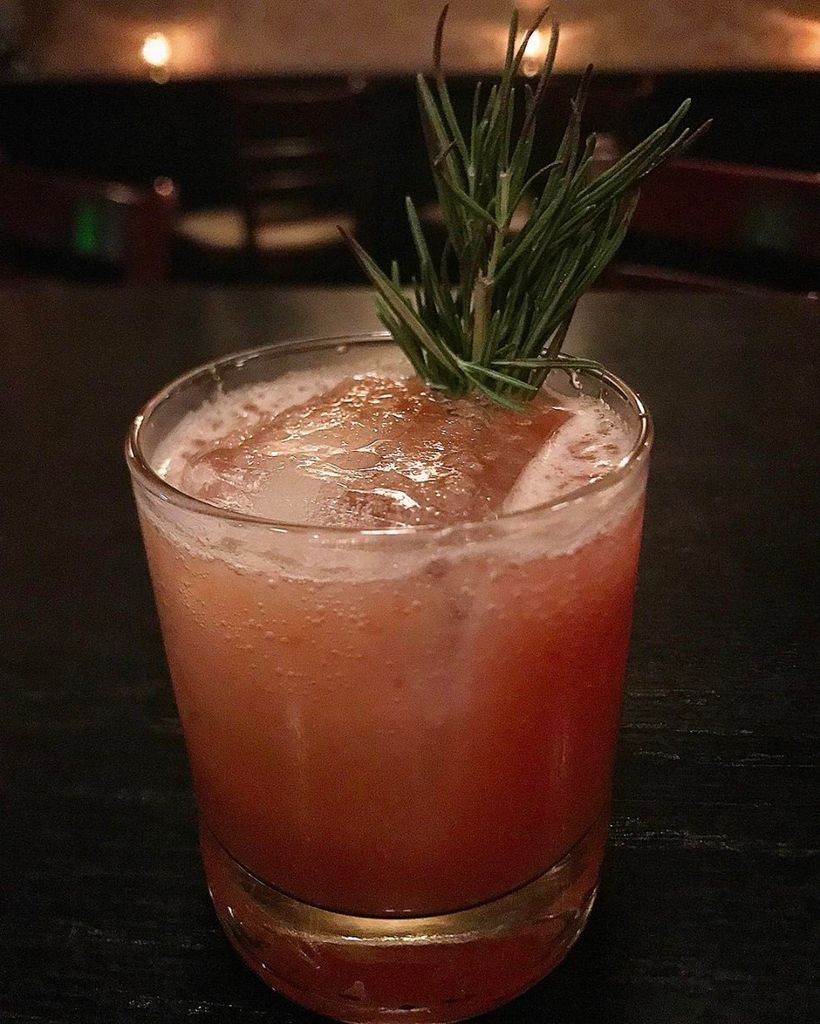 The Official Cocktail of the NY Cocktail Expo Queens.

Each year, the NY Cocktail Expo features an Official Cocktail. At the Queens Expo, guests will get to taste the “Monkey Jam Sour” by Official Cocktail Spirit, Monkey Shoulder! Made with fresh lemon juice, simple syrup, berry preserves and bitters garnished with an orange peel. Yum! 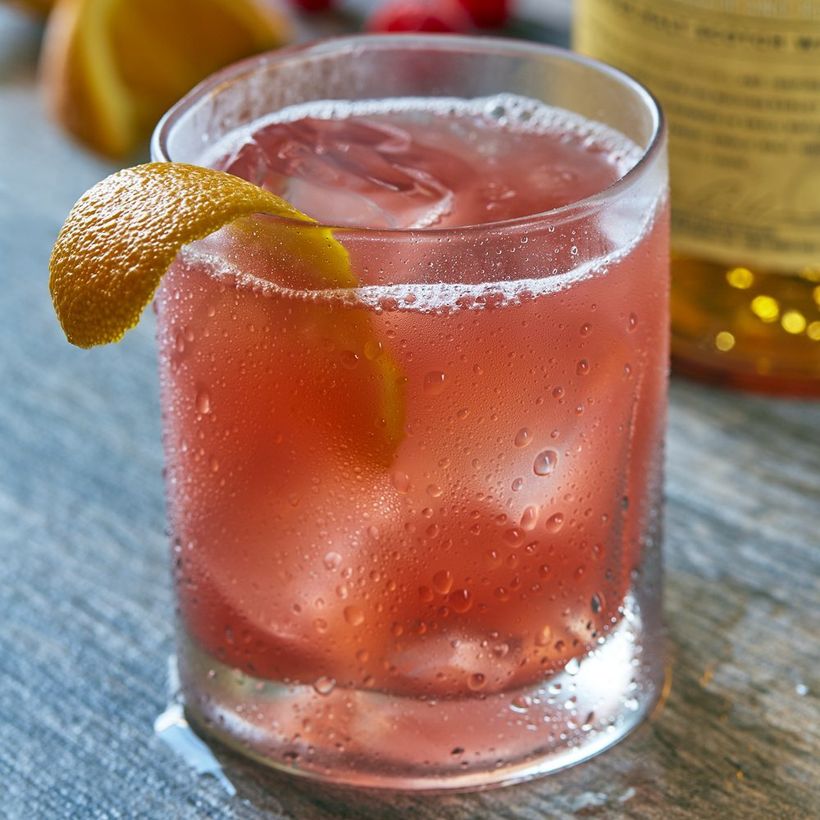 Featuring the best cocktail awards judged by top industry veterans like Eamon Rockey, previously of Atera, Aska and author of the beverage program at the Michelin-starred Betony. Awarding top honors in cocktails along with Judge William Elliot, Bar Director of Brooklyn’s Maison Premiere/Sauvage and winner of the James Beard Award, as well as Betsy Fischman, creator of boozemenus.com , the guide to cocktails and nightlife in NYC. The NY Cocktail Expo is the fastest growing spirit showcase in NY and places the focus on hospitality.